Bibra Lake is a suburb of Perth, Western Australia, which takes its name from the extensive lake within its boundaries. It is located within the City of Cockburn and its postcode is 6163.

The existence of the lake was first reported by A.C. Gregory during a survey of George Robb's land in May 1842. Gregory recorded the Aboriginal name of the lake as Walubup. During the following year, Benedict von Bibra, surveying his own selection on the southern shores of the lake, recorded the name as Walliabup and the latter version was used exclusively on maps for more than half a century.

In the summer of 1843, Benedict von Bibra (son of Franz Ludwig von Bibra) bought land at the edge of a wide depression to use as a camping place in order to shorten the trip between his two carpentry businesses in Perth and Fremantle. He apparently assessed from the stringyback trees, that the basin would become a lake in winter of a depth of seven to eight feet. He proved correct.

In 1877, it was found the von Bibra's association with Lake Walliabup was apparently still recalled by locals who referred to the feature as Bibra's Lake. This alternative name was added to plans and eventually in 1967, adopted in place of the Aboriginal name. In 1898 Bibra Lake was reserved for recreation and all applications to lease land were strenuously opposed by the Fremantle District Roads Board, which was given control of the reserve in 1902. Tearooms were erected and the Reserve became a popular venue for picnics and sports gatherings. 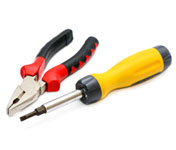